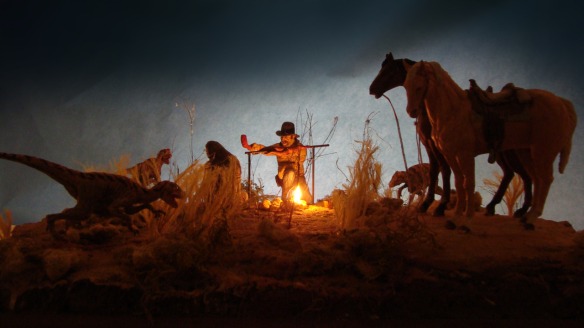 In the Old West, two desperadoes took refuge in a hidden California valley. One shot a “funny-lookin’ chicken” and roasted it for their dinner. 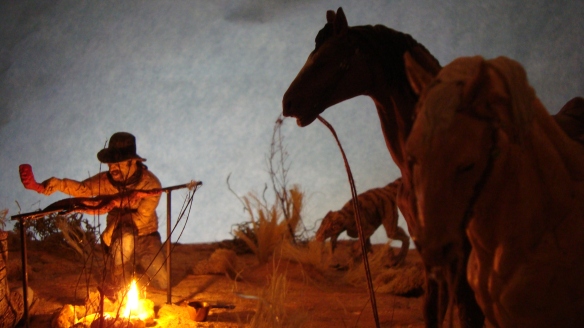 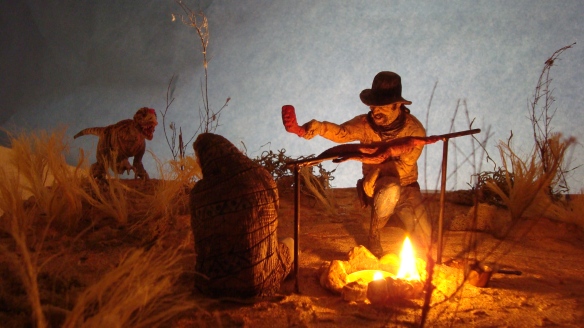 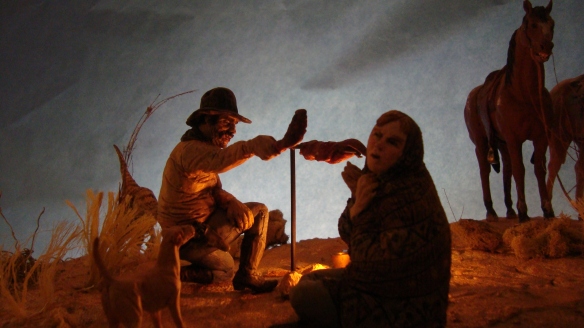 His compatriot was sick with a bad cold and had no appetite for the weird meat. 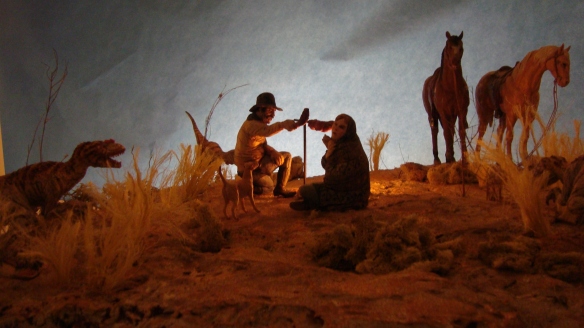 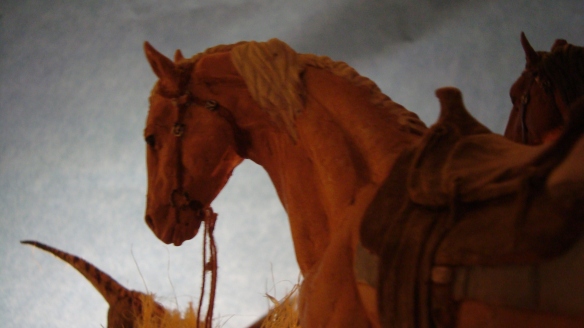 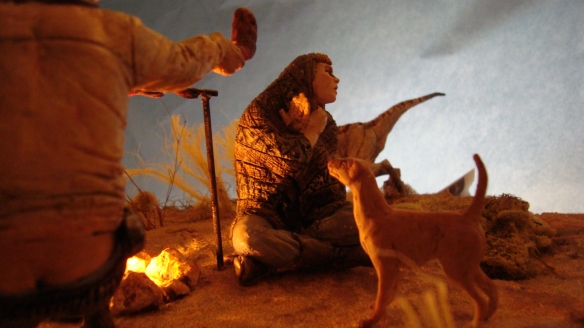 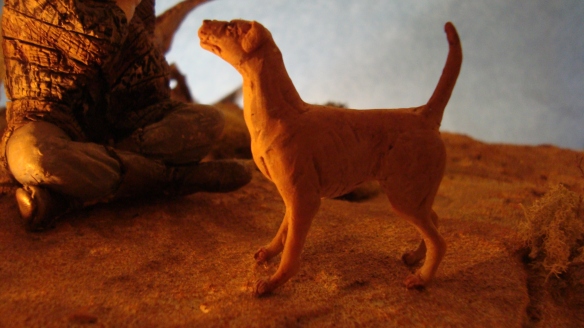 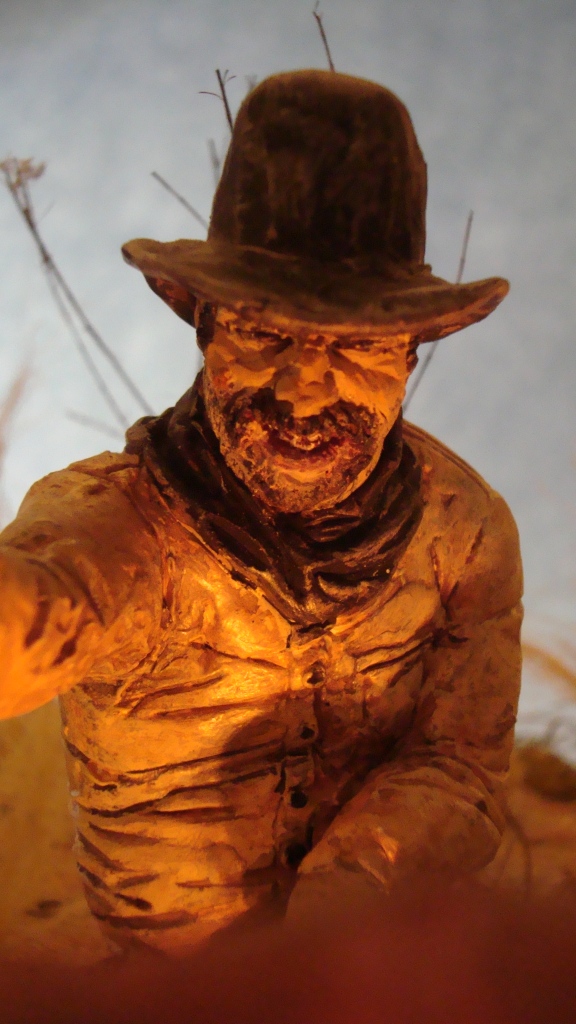 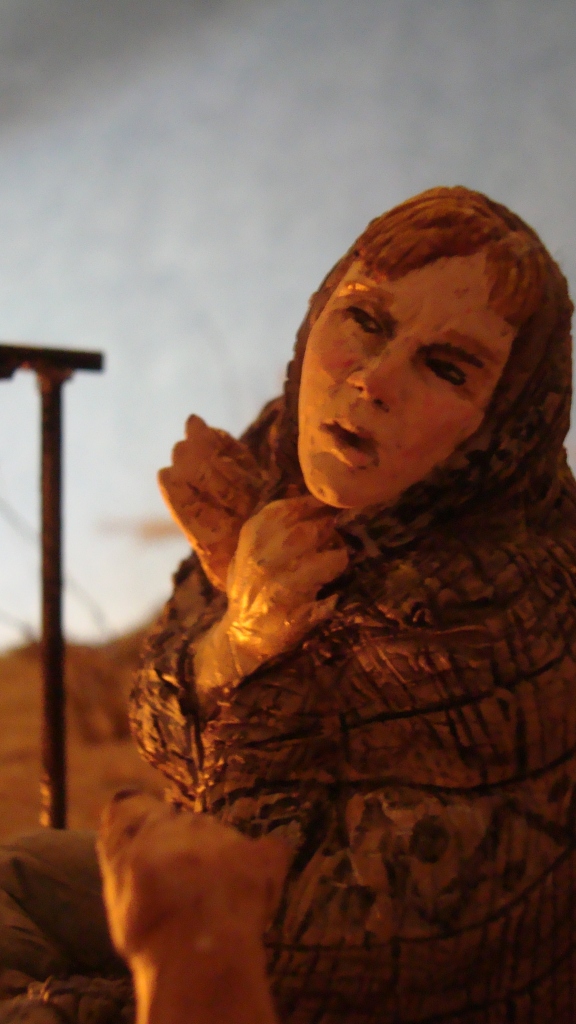 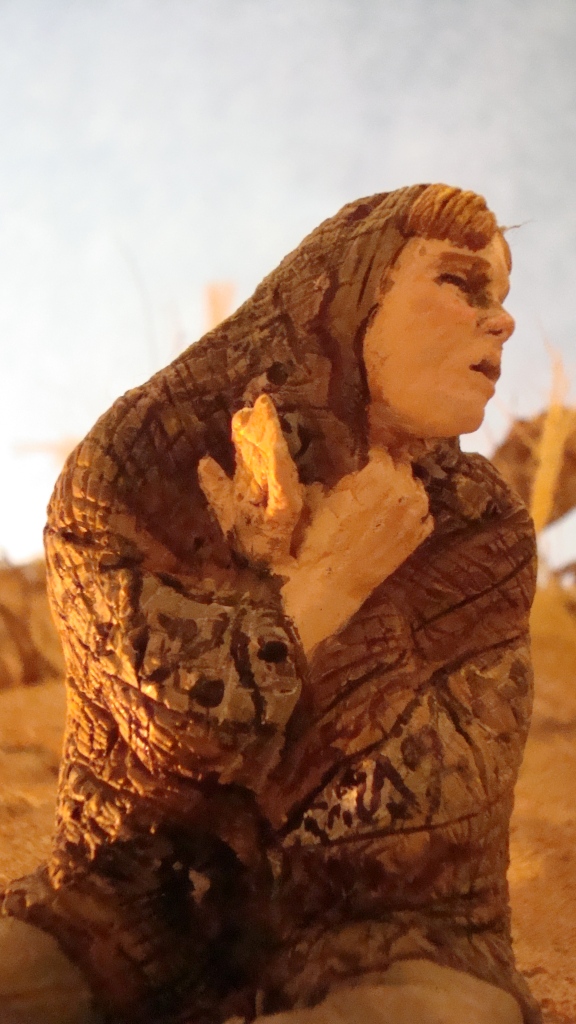 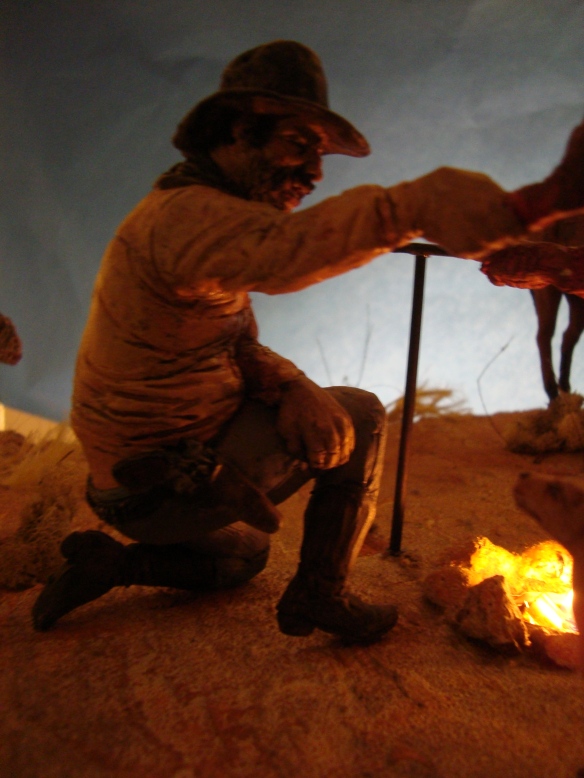 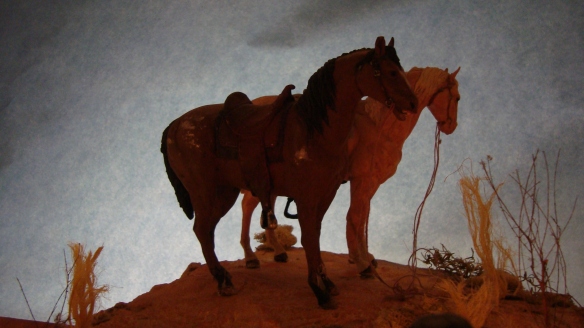 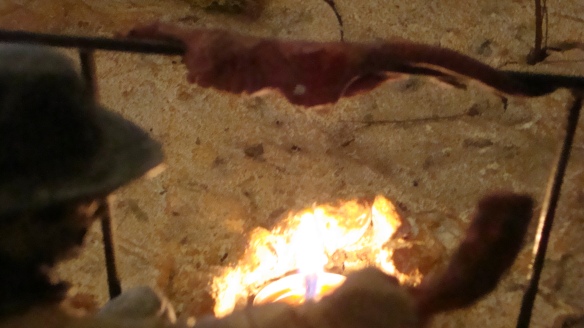 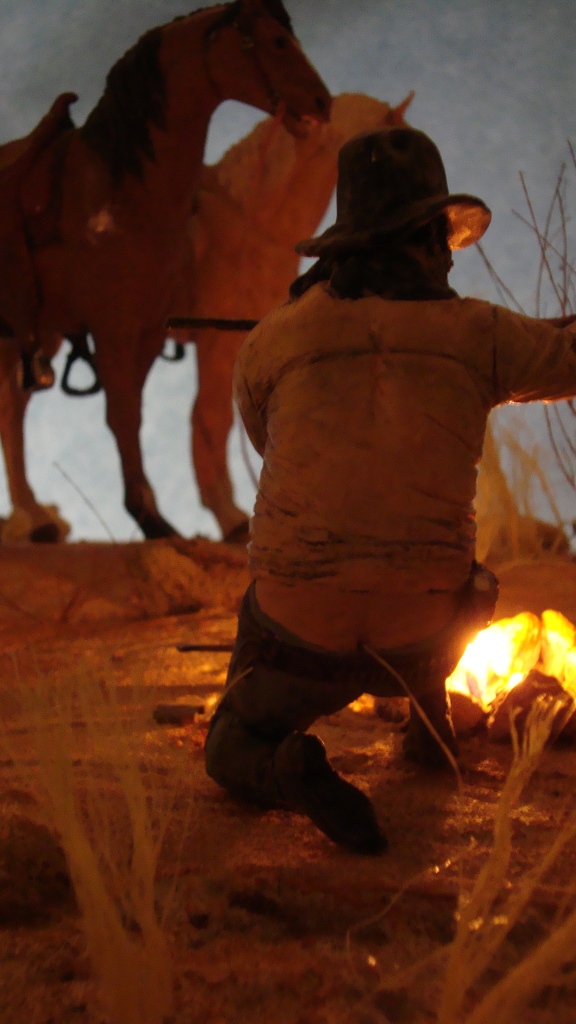 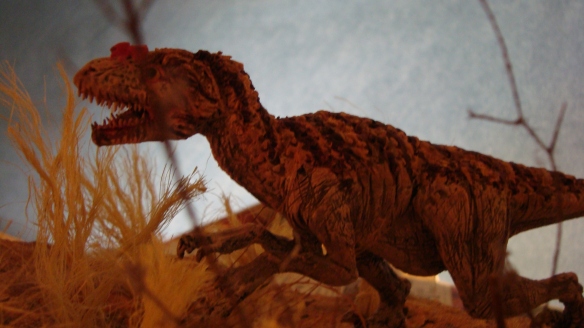 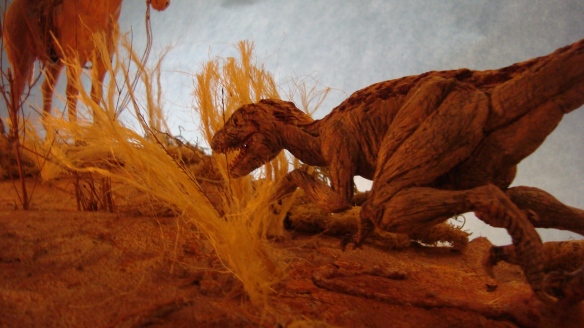 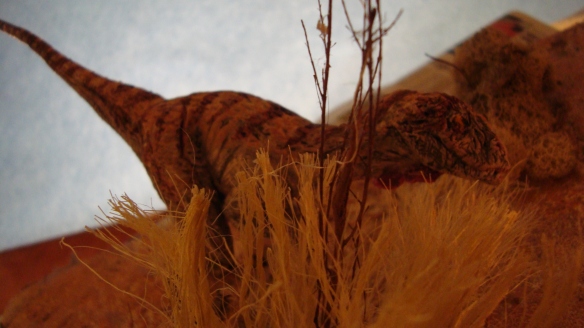 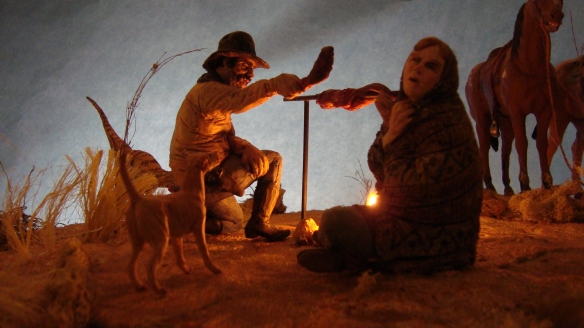 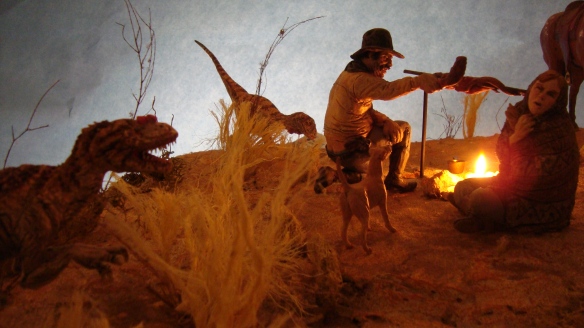 Inspired by Ray Harryhausen’s VALLEY OF GWANGI (which I’ve still never seen all the way through), my own take on two great icons of the American West, Cowboys and Dinosaurs.

This diorama is 2 1/2′ X 2 1/2′ across. The cowboys, dog, horses and dinosaurs were all made from Super Sculpey over an aluminum armatures. Lots of research went into cowboy gear, animal anatomy, paleontology (particularly the work of Gregory S. Paul), and the Navajo blanket worn by the sick cowboy, only to ignore all of it where it’d make for better drama.

This is an older piece I never photographed before. It was built to be viewed in person, in the dark, and I hope it translates into photos. Thanks to Sean Downey for his assistance in preparing this piece to shoot. 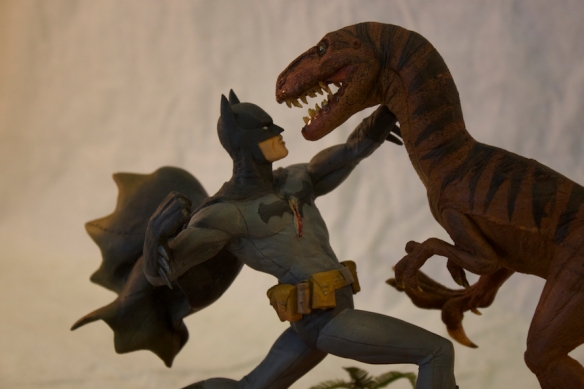 I’m enough of a paleontology nut that I must admit that this is more like a deinonycus than a velociraptor, but velociraptors were actually fairly small, coyote-sized animals. I also cheated the anatomy here and there, and omitted the feathers these animals likely had. In my defense, it’s Batman fighting a dinosaur.

You may notice the dino has drawn first blood. I like the think that’s the last strike it got in before extinction.