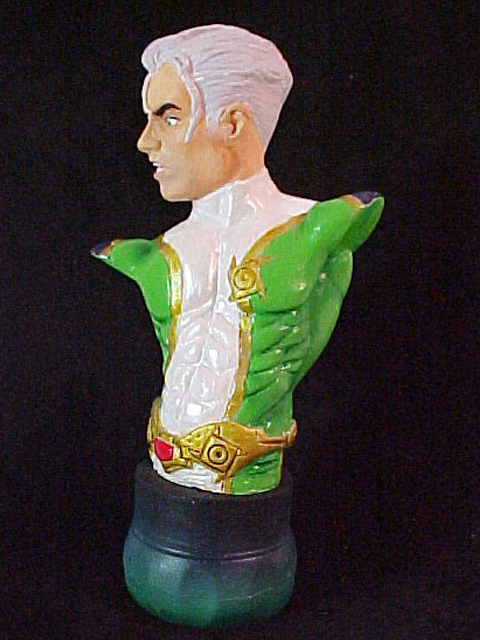 The Marvel Boy is an older sculpture in honor of today’s release of YOUNG AVENGERS by Kieron Gillen and Jamie McKelvie (whose two PHONOGRAM miniseries I would highly recommend). Originating in the Marvel Miniseries by Grant Morrison and J.G. Jones, Marvel Boy was really Noh-Varr, a misanthropic, teenage alien, angry at the world and ready to conquer it for our own good. He’s mellowed some, but we’ll see how much of his old brand of “Zen Facism” will appear in this new series.

This piece was also designed by my friend Dann Lundie, who shared my love of the series (Dann also designed the Robin Node and Shaun of the Dead sculptures). He provided the sketches below:

I’m not sure why I didn’t incorporate either of Dann’s neat designs for the base. Hm.