This older piece was recently included in the “We Love Monsters” show at the Andromeda Gallery in Allston, MA. The titanic battle you never thought you’d see!

Frankenstein’s Monster has been re-imagined as a creation of Nazi science. He’s heavily influenced by the waterlogged Nazi zombies of the 70s B-movie SHOCK WAVES. 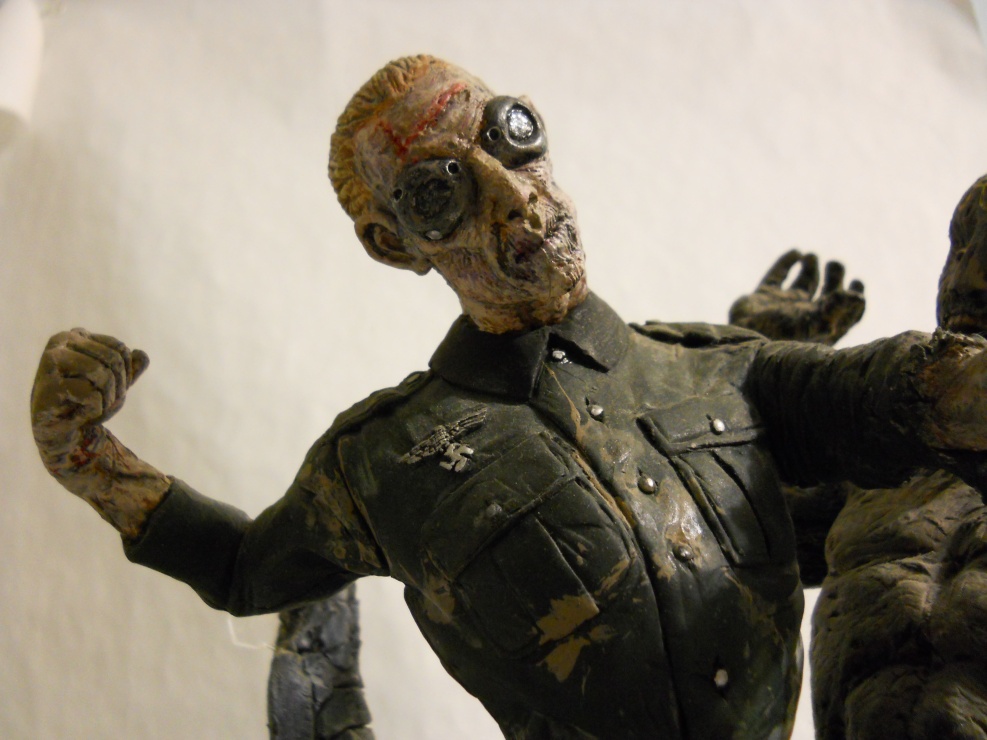 With Der Golem I kind of had a top-heavy, Mike Mignola monster in mind. I probably should have pushed him further in that direction. 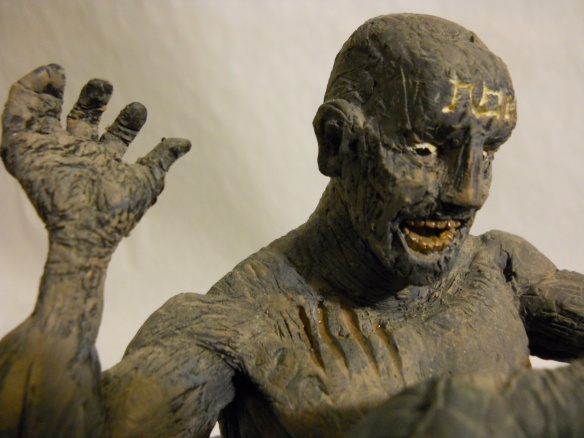 At a loss for how he might be dressed, Golem is wearing purple, Jack-Kirbyesque trunks, much like the Marvel monsters of the early 60s.

I’m not sure how this fight turns out, but both monsters traditionally turn against their masters.

This is the first, and so far only, entry in the Monsters Series.