Sometimes I’ll put a lot of work into something that, for one reason or another, I don’t end up finishing. I wish my work-to-completion ratio was better, but most of the time the work is instructive in some way.

PROFESSOR PORTMANTEAU was to be a sci-fi novella illustrated with sculptural illustration, kind of like a stop-motion animated feature without the animation. For various reasons, I decided not to finish this book, but wrote the story and created the main cast, which can be seen in black and white here (the final book was to be in full color). I sculpted a removable “hero” head for each character, cast it, and would make alterations to each cast piece to reflect their expression in each scene. I’d make alterations to their bodies and sculpt new pieces for each shot as needed.

Characters here include Professor Portmanteau, the current incarnation of the smartest person in the universe, her monkey assistant (who acted as her living backup memory, but could never remember his own name), the nerdy Dr. Guero, snippy Dr. Stadtic (who wore van de Graaff generator hairsticks), the grumpy Dr. Tyke, kindly old Dr. Silverspout, the Celebrity (an elongated, alien Tom Jones type), and Professor Hermetic, a previous incarnation of the professor (who’s designed to look like a Jack Kirby/Go Nagai mashup). At the end you’ll see a mockup of what the pages might have looked like and some sample text.

While I’m a little sad I put the brakes on this one, I’m pleased with the work I did and learned a lot from it. 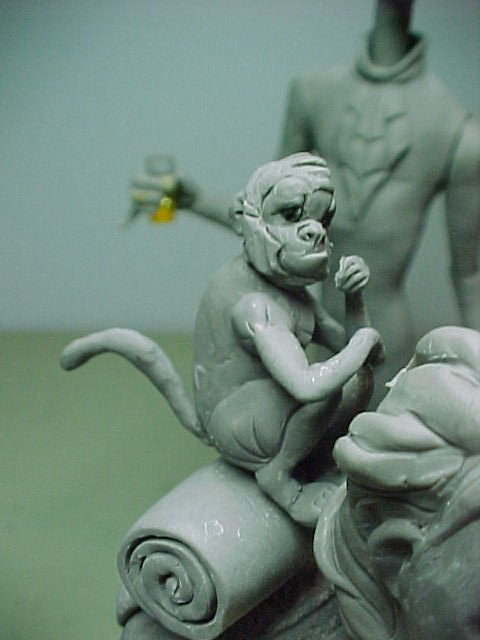 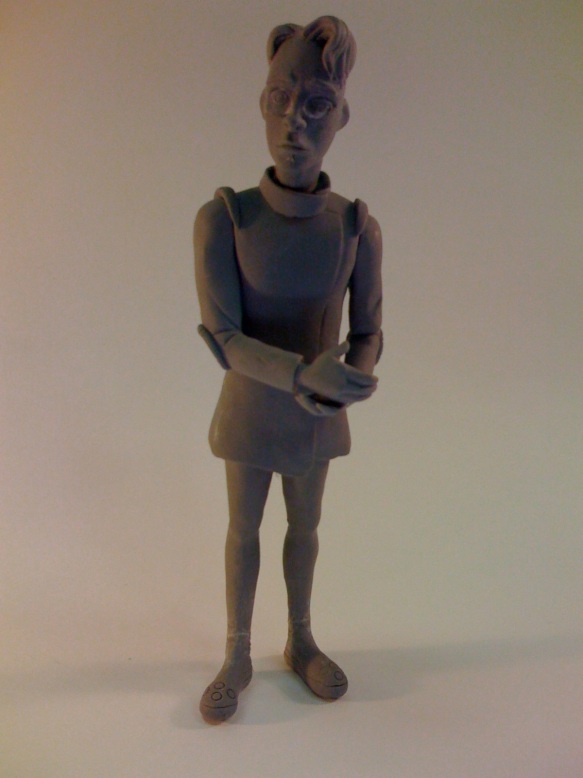 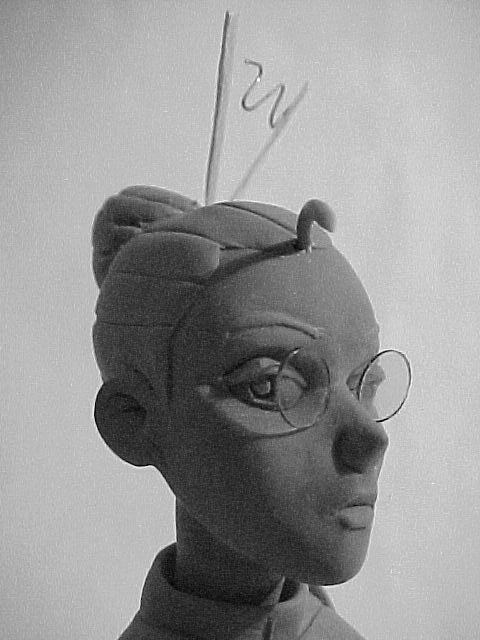 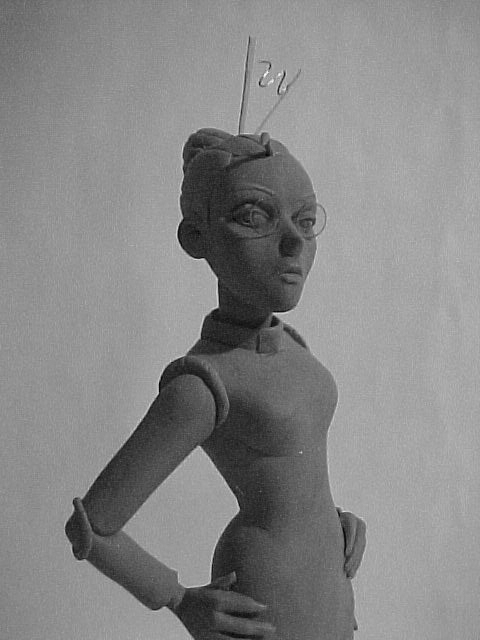 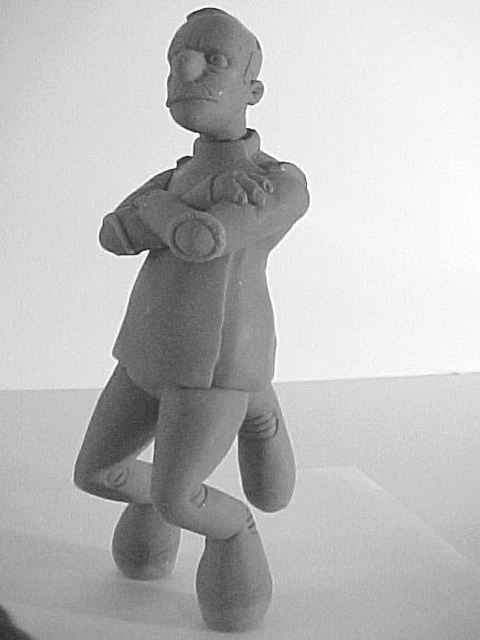 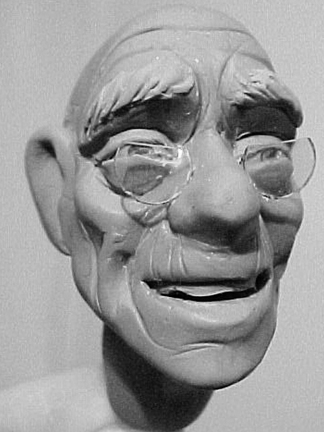 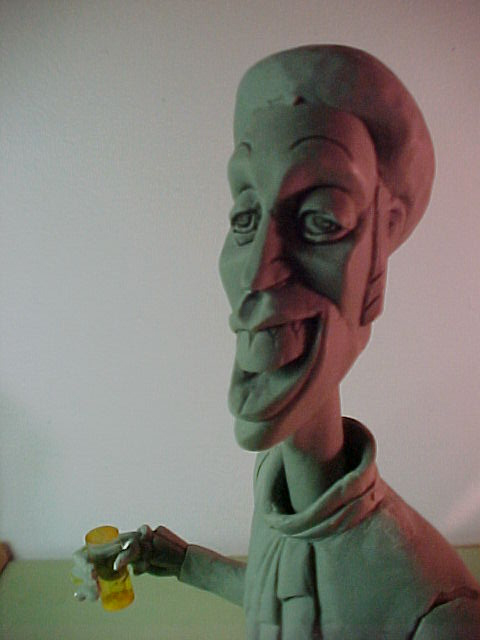 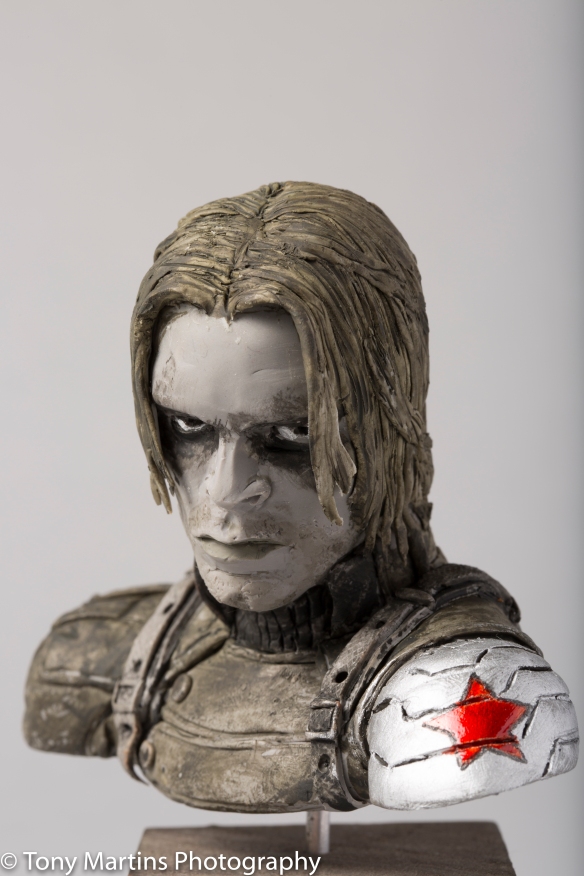 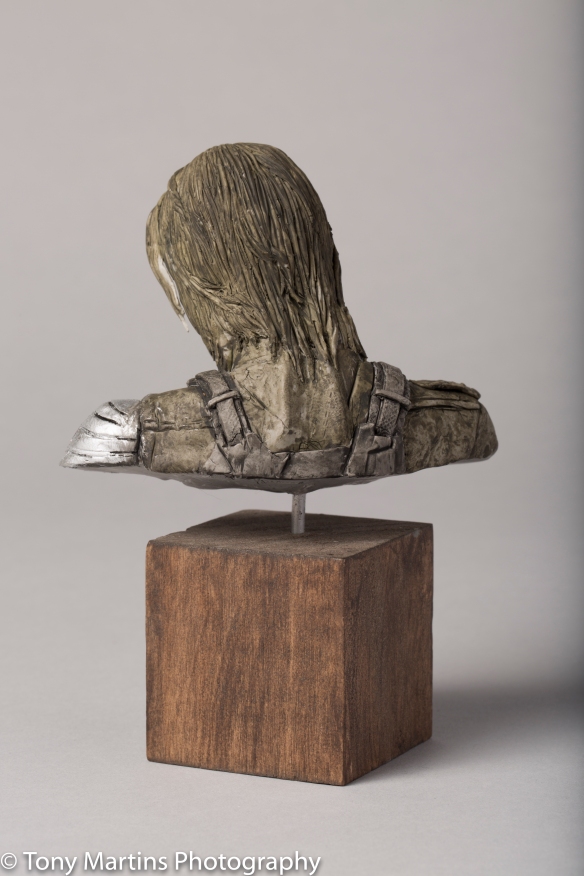 WINTER SOLIDER for #Watsoncon. Based on actor Sebastian Stan as he appeared in CAPTAIN AMERICA: THE WINTER SOLDIER, this 1/6th scale mini-bust was sculpted with Sculpey Firm over an aluminum foil and Apoxie armature, set on a wood-block base. Photos by Tony Martins Photography (@TonyM_Photo).

Bucky Barnes (the Winter Soldier) was created by Joe Simon and Jack Kirby. 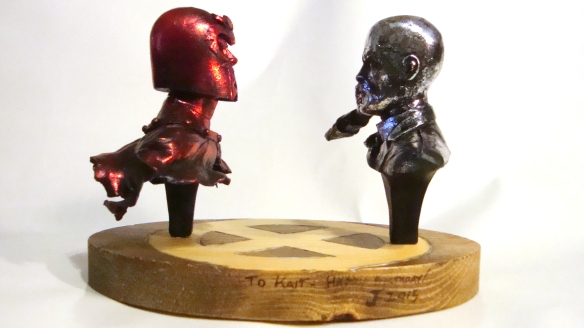 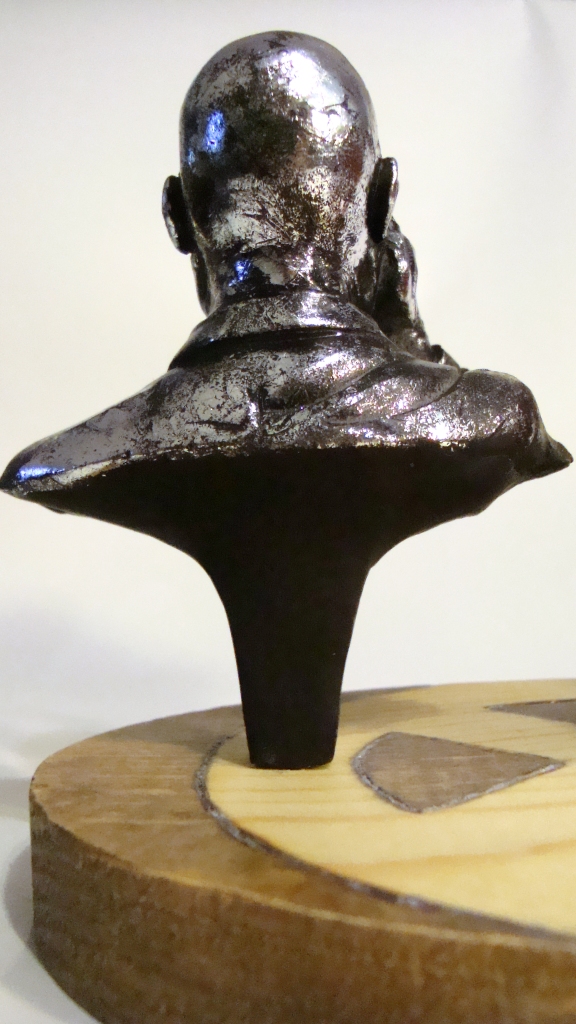 Marvel’s Mutant fremenies mini-busts for my friend Kait’s birthday. These were made with Sculpey Firm and Apoxie over an aluminum armature, finished with black matte spray primer and silver and metallic red leaf.  The X emblem in the stand was hand-carved, stained, and polyurethaned. Each bust is about 3″ high.

Professor Charles Xavier and Magneto were created by Stan Lee and Jack Kirby.

My 3D rendition of Joe Simon and Jack Kirby’s Captain America. This is based on Kirby’s cover for CAPTAIN AMERICA’S BICENTENNIAL BATTLES 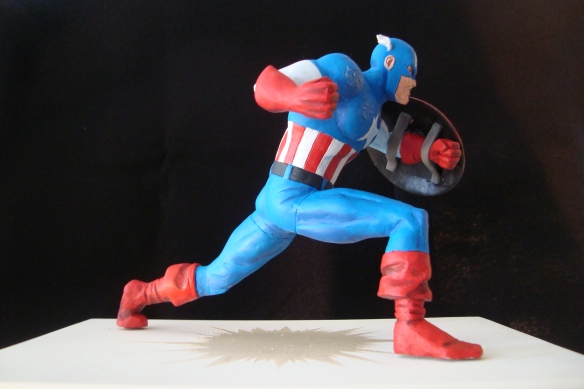 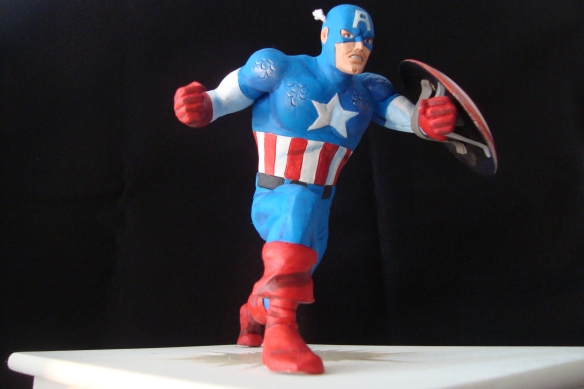 (He gets a little John Buscema-esque when viewed from the side.) 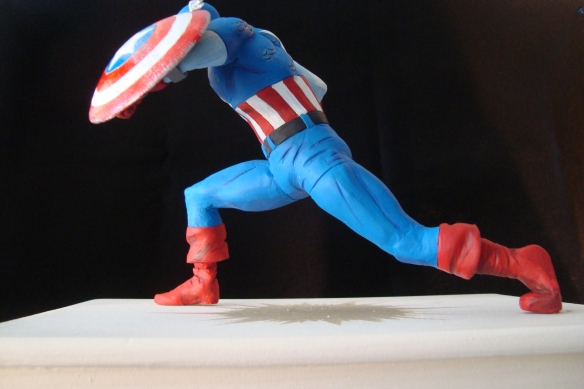 This piece is dedicated to my late friend James, Cap’s biggest fan.

Apparently there a new Captain America movie out. I don’t know how it could top Albert Pyun’s masterpiece.

(I’m really looking forward to it! If you enjoyed it, consider making a donation to The Hero Initiative in Jack Kirby or Joe Simon’s name. )

And that’s it! My top 30 favorite Marvel Comics character in minibust form. So many fun characters had to be left out (Sorry Blade! Sorry Kingpin! Sorry everyone in Power Pack! Punisher- you’re still a Spider-Man villain to me, and I didn’t have room for Norman Osborn, the ne plus ultra of Spidey villains, so you didn’t make the cut).  Marvel has been publishing for more than 70 years, have thousands of characters, and occupied most of my childhood and young adulthood.

For all my love of this vast fictional universe, in this series I’ve tried to pay homage to the creators of these characters. It’s very easy to think of the Marvel Universe as an almost organic whole, and that these stories will be there every month without fail, but without Stan Lee, Jack Kirby, Steve Ditko, Larry Lieber, Don Heck, John Romita, Gene Colan, Steve Gerber, John Byrne, Chris Claremont, and so many more there would be no Marvel Universe. These people gave words and form to the imaginary heroes who have thrilled us. As a kid, I may have wanted to swing across a cityscape like Spider-Man or have the strength of the Thing. But as an adult I wish I could create something to inspire people the way Jack Kirby has.