SPACE SAMURAI FANG (Supēsu Bushi Fang) aka ROCKET WOLF FANG (aka Roketto Ōkami Fang) is a character I made up when I was a little kid. I wrote a lengthy origin story on the Harvard mainframe (where my mom worked), which garnered me a fan letter. He’s the last survivor of an alien race, whose been recruited by the emperor who killed his people. (I think the plan was that Fang would eventually get revenge: I’ve always been about the long-unfolding plots, I guess.)

This 1/6th scale mini-bust was sculpted with Sculpey Firm, Super Sculpt, and Apoxie, and painted with acrylic paints. 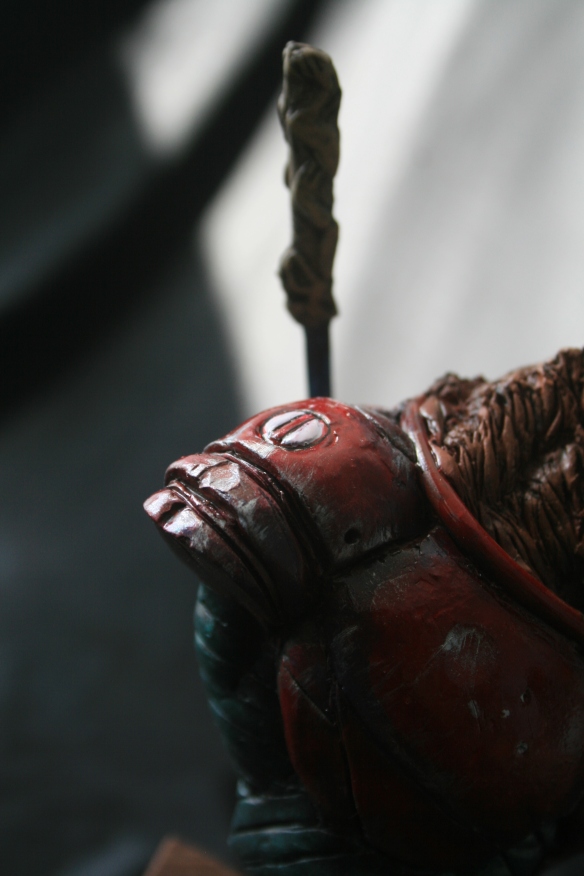 Here’s a teenage drawing of the character, then a sketch from memory from a week or so ago that lead to the sculpture: